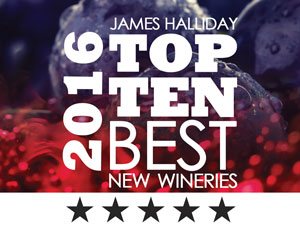 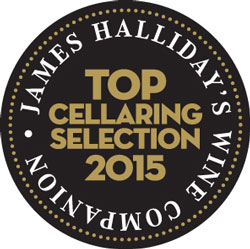 95 Points, James Halliday, Wine Companion 2016
Bent Creek regards this vintage as the best since ’02, and indeed it produced many elegant wines; this cannot be classed as elegant, but it shrugs off the alcohol warmth that destroys many wines with this alcohol level; the still-vivid colour suggests a surprisingly low pH may be the saviour, for as well as being fresh, the wine has very good varietal fruit.
Top Cellaring Selection 2015
90 Points, Campbell Mattinson, Winefront Feb 2015
They built their reds big at Bent Creek in McLaren Vale. That said, this wine does accommodate its alcohol (15.4%) pretty well. It’s a dark, coffee, tarry wine, ripped with muscular tannin and grainy baked earth notes. Alcohol is well tucked in, generally, but does offer a brandied breathiness to the finish.
Drink 2016 – 2030

Not a whopper as you might expect, though it does lay down flavour a plenty. Coffee, rounds of blackberry, scorched plums and peppercorns. It’s characterised as much by its density; its taut, trim and, accordingly, impressive.

91 Points, James Halliday, Wine Companion 2016
94 Points, Winefront, Mike Bennie, March 2015
For a wine touting the word ‘nude’ (love it!) there’s brand new and one year old American oak adding some clothing to the old vine (70-year-old) shiraz fruit here. It’s been a while since I’ve dived into a ‘super premium’-scaled shiraz in all American oak, especially set to an approximate 15% alcohol. Nostalgia, in a way.
There’s good balance in this wine. The oak is prominent, nougat and vanilla, a touch toasty, but the thick belt of dark, peppery, ripe, potent black fruit is up to the task. Slippery flow of tannins gives a casing for slurpy, full-throttle fruit flavour and a long, slow chew of chalky pucker. It’s a wine that opened and opened and opened showing its mettle and thrust as it grew in the glass. If it’s full bore you’re after, this is pretty impressive.
Drink 2015 – 2027

92 Points, James Halliday, Wine Companion 2016
92 Points Winefront, May 2015
Has it all, really. Spice, nuttiness, honey, pear. Good scents that anchor you straight into the variety, but not overwhelming as some gris can. Light to medium weight, gentle curves of oily texture, finishes with a good-bitter twist. More of the pear lingers in flavour, it coats the palate a bit. Balance, freshness, good form.
Drink now

Save 10% at the checkout

Add six bottles or more to your order and apply the discount code:

Offer valid for a limited time only.